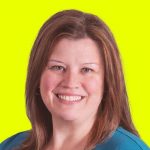 Is your comfort zone boxing you in?

As Client Services Director at Waltz, a key part of my role is coaching and mentoring my team. This is the most rewarding part of my job, not only because I love to coach and help people succeed, but also because it’s given me incredible insights into myself and my fellow humans.

Change is hard. Our brains are hard-wired to take the easy route when the alternative will bring stress. This is why tough projects and dreaded tasks can lead many of us to epic procrastination or analysis paralysis modes.

One of the biggest changes we can face as adults is starting a new job. It can be overwhelming and a little scary. What’s interesting though, is that learning isn’t the hardest part. Getting comfortable with the uncomfortable nature of the learning process is what’s really tough. This realization was a game changer for me – and all it took was an open mind and a silly stick figure graphic.

Last fall, in the spirit of our Never Stop Improving core value, the Waltz leadership team engaged with a leadership coach. My work with her focused on coaching and mentoring my relatively new team. I had one person in particular whose fear of making a mistake was holding her back from succeeding in her role and I just couldn’t get her past that block. During a session, I shared my struggles and frustrations with our leadership coach. She showed me a stick figure graphic titled The Four Steps of Learning. This humble graphic gave me one of the biggest “Aha!” moments I’d ever had about myself and changed the way I approach coaching and managing my team 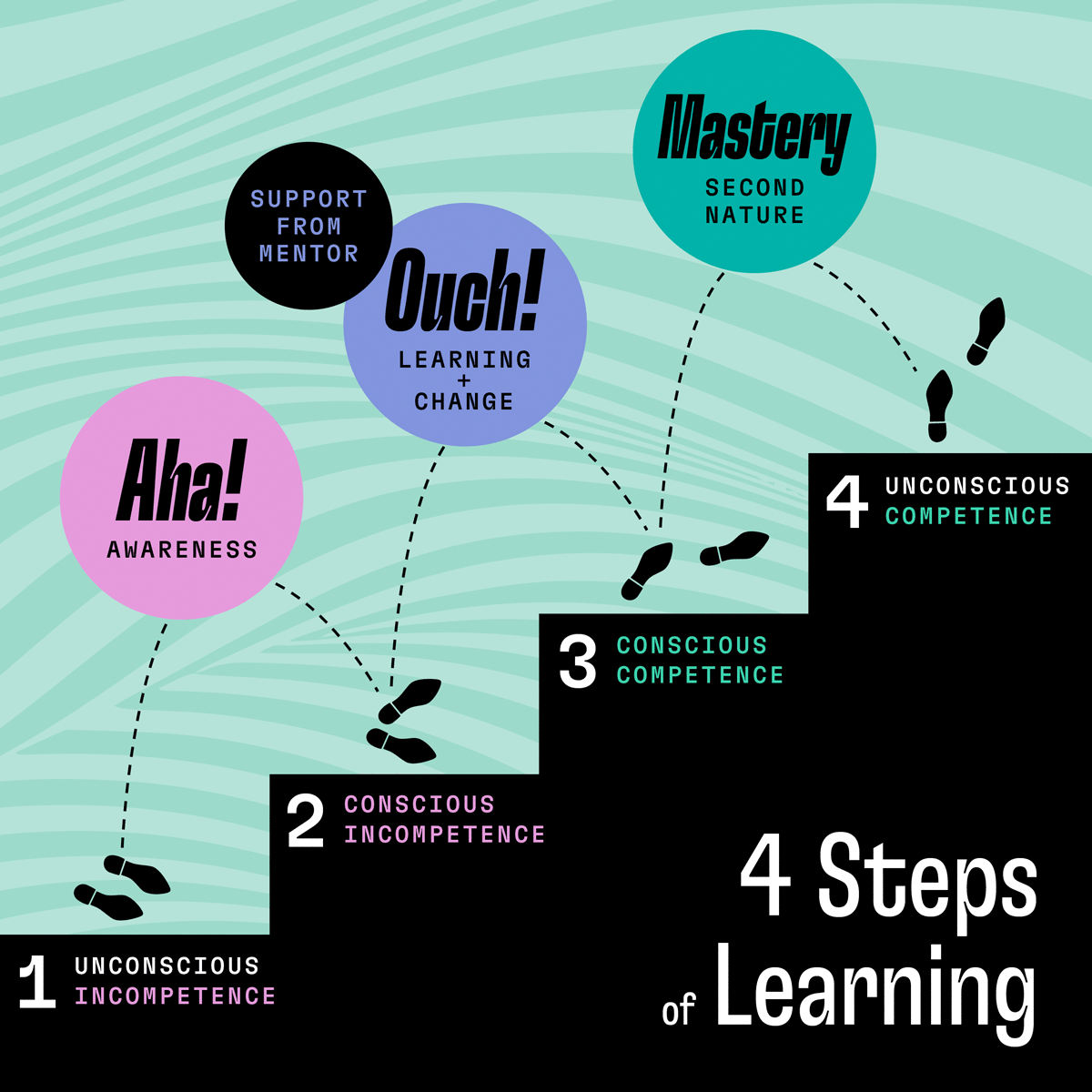 I know, a stick figure graphic was life-changing? Really? Let me explain…

From the very beginning, I was an overachiever – I could read before kindergarten, was the first kid in the class to finish a test, took AP everything, had a 4.75 GPA my senior year of high school, didn’t get my first B until college, etc. Success and learning always came easily and I took them for granted.

I started my first job as a yearbook sales rep five days after college graduation. I was on the yearbook staff since the seventh grade and I like talking to people, so success came pretty quickly and easily here too. I was really good at what I did and it was second nature to me. If you had asked me the keys to success about any given aspect of the job, I probably would have said, "I don't know, I just do it."

Twenty years later, at the age of 42, I began my second grown-up job as the Client Services Director at Waltz. I approached the new role with the "how hard can it be?" attitude with which I approach most things in life. I’d done all of the marketing things in my own way in the yearbook world, so I figured I’d quickly learn the nuances and differences, and be a pro in a couple of months.

You’re gonna stumble before you pirouette

When I didn’t just magically have all of the answers and know what to do in every situation like I always had, questions and doubt swirled around my brain. “What did I get myself into?" “Can I really do this?” “Am I in over my head?” This was new territory for me.

I didn’t know it at the time, but this was Step Two: Conscious Incompetence, aka recognizing what you don't know. My stress was a direct result of the (perfectly normal and expected) friction of the Learning and Change stage of growth. I spent 20 years at Step Four, Mastery/Unconscious Competence, and suddenly tumbled back down to the bottom of the steps, so this friction was unfamiliar and rather unsettling. Quite frankly, it sucked. And I didn’t like it one bit. But alas, I forged ahead because that’s what you do when your motto is “how hard can it be?”

In time, the day-to-day became more second nature. I was confident and comfortable again. There were still times though when a particular item on my to-do list was overwhelming and I slipped back into the "this sucks" mindset. Now I can see that this was the natural process of growth and change as I went back and forth between Steps Two and Three. The things I found overwhelming were really just unfamiliar. The steady increase in confidence was a sign that I was advancing through the learning stages and my growing comfort came from my growing competence and progress toward mastery.

In hindsight, I realize that because I spent the majority of my life in the Mastery/Second Nature phase, going through the learning and change phases shook my confidence in myself and created a mental block about tasks that were overwhelming or unfamiliar. This subconscious block translated into a conscious "this sucks" mindset.

While mastery is comfortable and a great place to be, I was pretty stagnant for a lot of those 20 years I spent in Step Four. Was I good? You bet I was – but I could have been so much better if I had been pushed out of my comfort zone more.

So how was all of this new self-awareness life-changing? Well to begin with, now I can quickly recognize that when something is overwhelming it is almost always a sign to step back, take a breath and break it down into smaller chunks. When my brain says “this sucks,” I know that’s really code for, “Hey, you have a chance to learn something new. Slow down so you don’t miss this opportunity to grow and get better.”

It’s easy to get overwhelmed by unfamiliar tasks or responsibilities. If you've been comfortable in your role for a long time, going back to the learning and change steps is unsettling and can even make you question your abilities. The key is to recognize this and remember that it’s ok. In fact, it’s better than ok, it’s a great opportunity for growth. When you pause for a moment of awareness, you can silence the negative chatter in your brain, break things down into smaller steps and remember that there is no shame in asking for input, guidance or a second set of eyes from a colleague or manager.

This journey through the learning steps gave me so much more empathy when working with my team. It’s helped me coach people through the sometimes rough initial phases of the transition into the new role. I am intentional about making sure my team knows that I don’t expect them to learn all the things instantly, that it’s always ok to ask for support, that I have confidence in them (even if they don’t yet have it in themselves) and most importantly, that mistakes are ok and even expected. Awareness of how I went through the process of learning and change, allows me to help others recognize and understand their own journey through the four steps.

Who would have thought a couple of stick figures could have so much impact?!

Manage Cookie Consent
To provide the best experiences, we use technologies like cookies to store and/or access device information. Consenting to these technologies will allow us to process data such as browsing behavior or unique IDs on this site. Not consenting or withdrawing consent, may adversely affect certain features and functions.
Manage options Manage services Manage vendors Read more about these purposes
View preferences
{title} {title} {title}